Entering the world of Programming, we were told to create a game using the world of Kodu. My trainer didn’t specifically said this was a programming project, but the project itself turned out to be as a training one.

I learned basic programming logic which I think could be used in any game engine, and by using the knowledge learned, I made a small, player versus racing game.

It revolved on a small map, point A to point B, where both the Players race towards to reach the other end of the map. It sounds pretty simple, but the Players will face many obstacles in their path leading to the objective which makes it actually challenging. 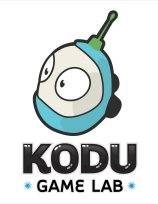